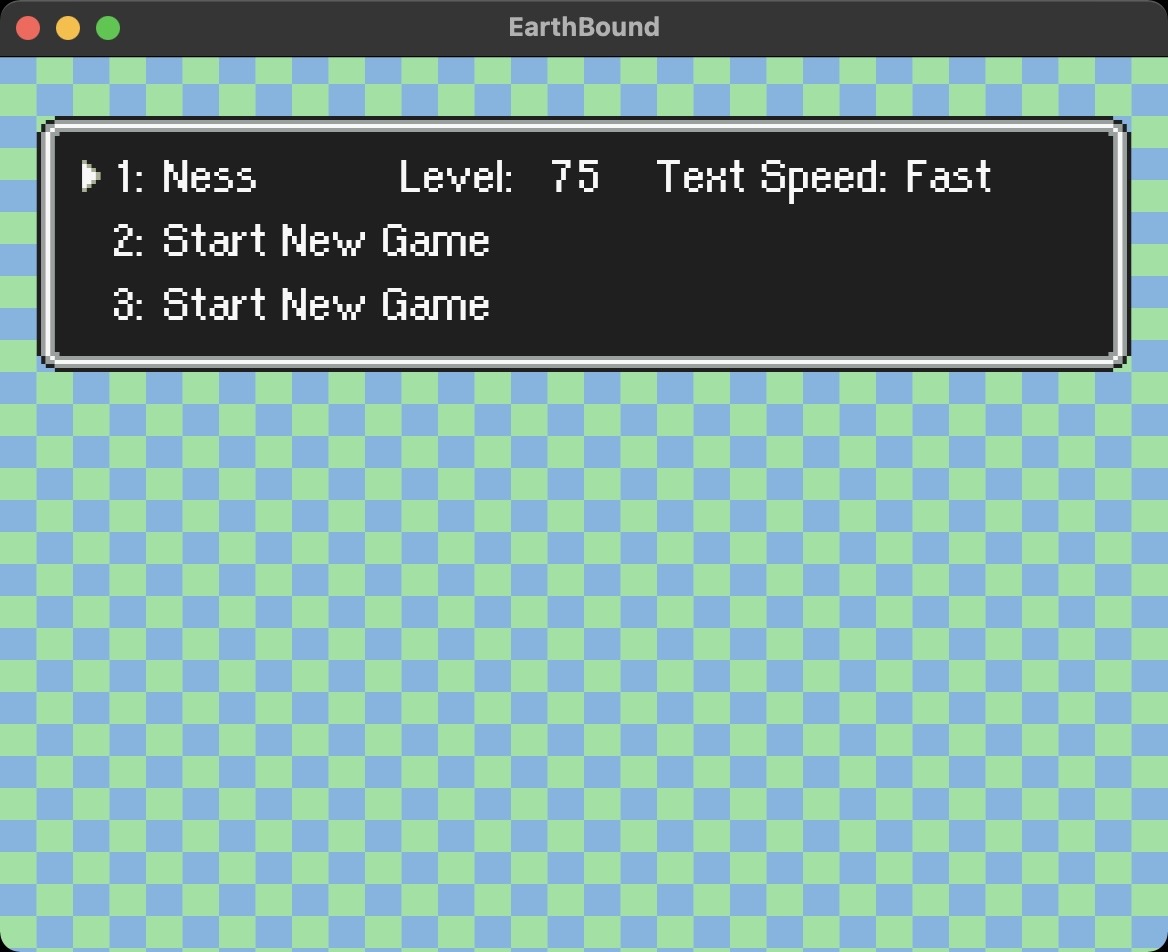 Some further digging into my “to be sorted” folder has revealed some save games for EarthBound. They appear to date back to October 2013. Talk about a blast from the past! 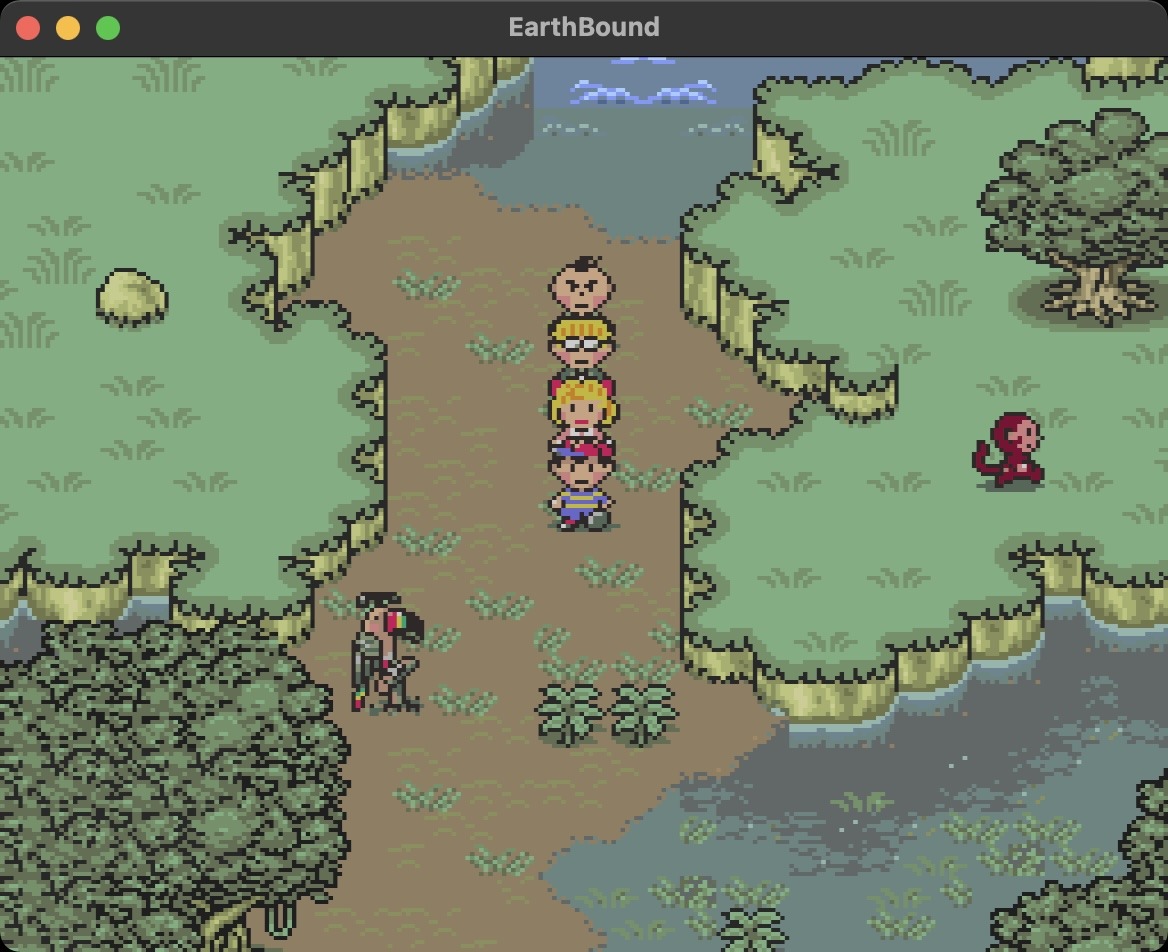 I had two saves saved at level 75 and level 97. The amount of grinding involved between those two would have been massive. Well worth it though. 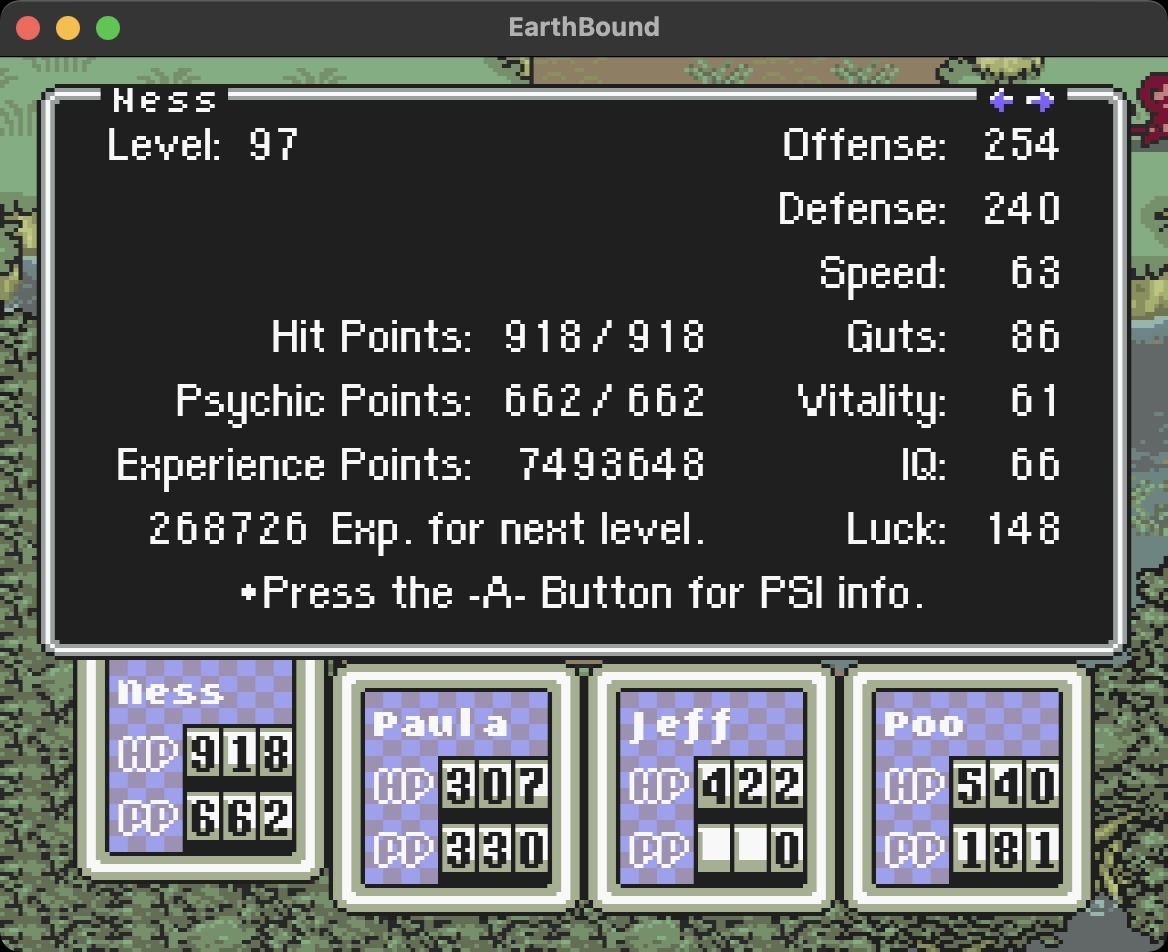 It looks like I had been using SnemulDS, which was last updated in 2007. The official site appears to be down as of 2022 and looks like it might have been killed off sometime in 2019. 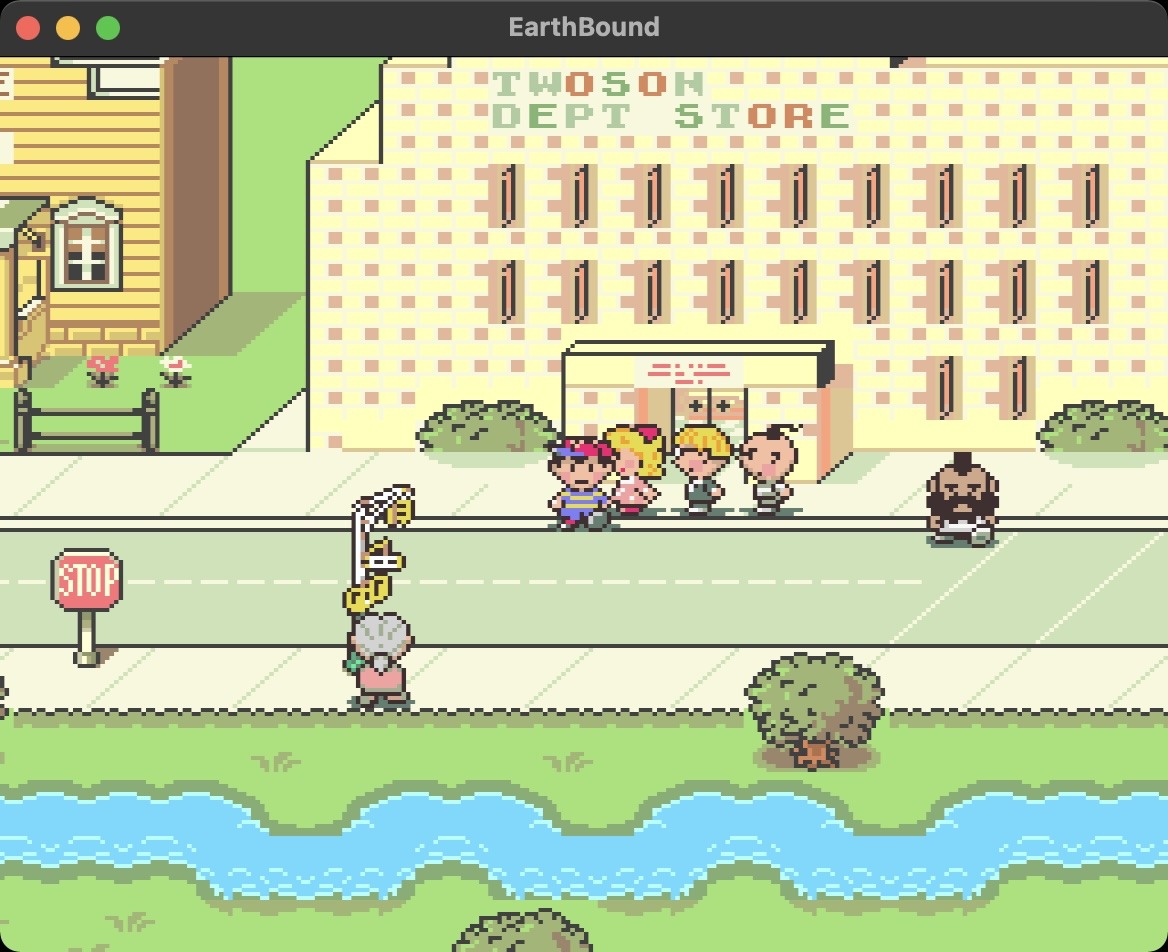 EarthBound still rates among the best games I have ever played for the Super Nintendo. But I was playing it on a DS Lite so I could take it anywhere I wanted, if I wanted to play in bed or on the couch – done!

With my original DS Lite from Japan long since sold, today I’m on a Mac and was able to fire it up in OpenEmu under SNES9x 1.6. SNES9x really does go wayback! 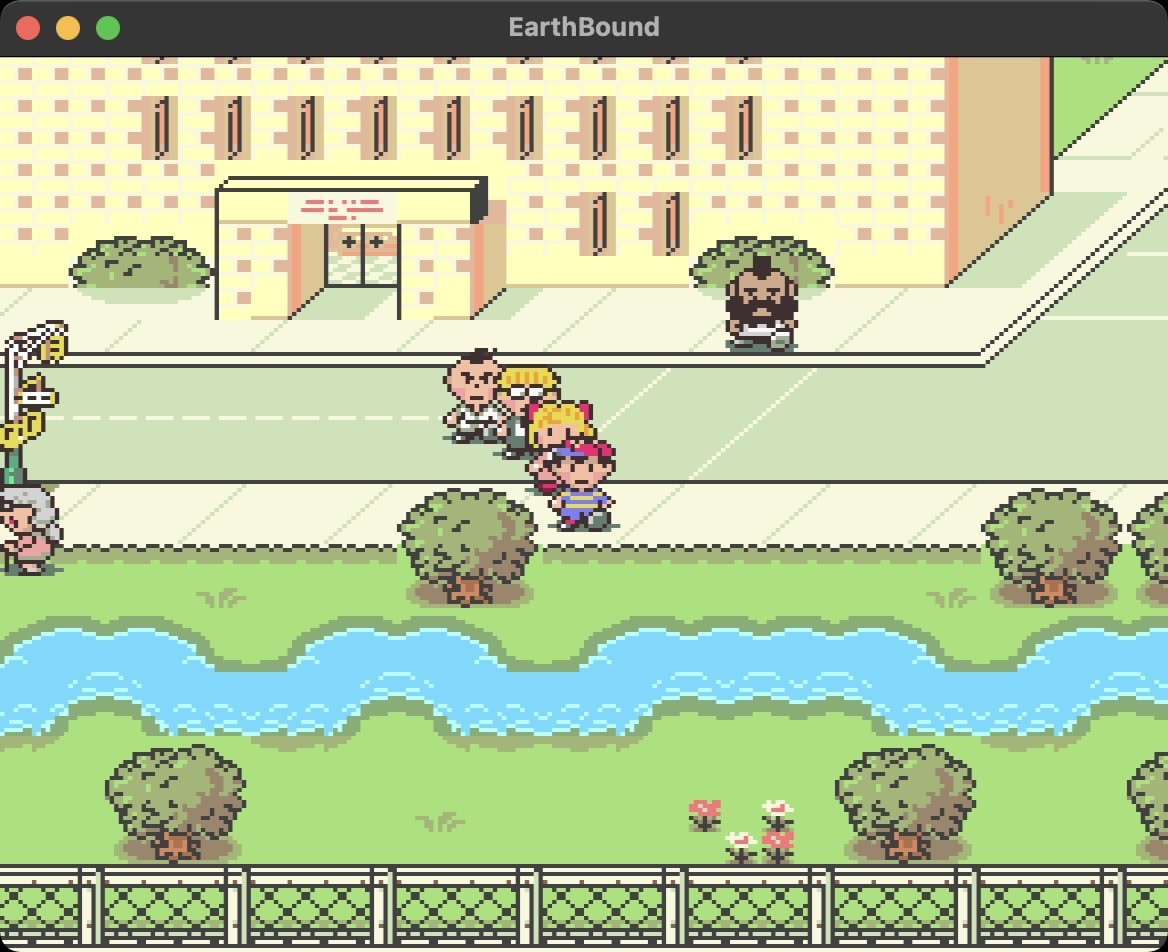