Xeno GC, this bad boy had been sitting around for a long time! The installation isn’t actually that bad. I’ll eventually do a video of the install as I have another GameCube to chip. It allows the use of full size DVDs and those mini DVDs. I believe this is classed as a drivechip.

If you go the route of full size DVDs, you’re going to new plastic top for your GameCube as the disc just won’t fit, thanks to Nintendo adding unnecessary bits of plastic in what can only be assumed to be in an effort to thwart pirates. I’m just using mini DVDs. 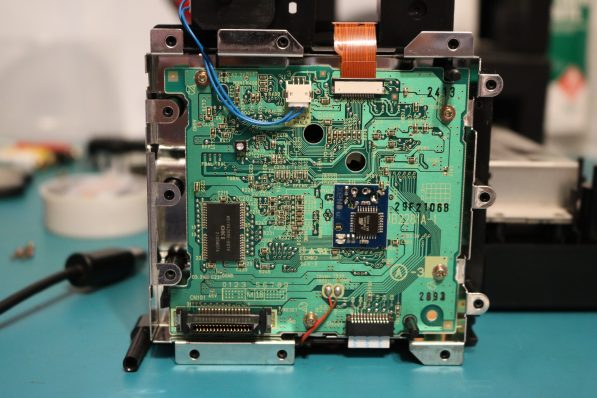 The use of DVD-R media results in needing to (in most cases) adjust the trimpot on the mainboard to the north-west of the modchip near the centre of the board in the above photo. The reason being, the drives from factory are designed to read commercially pressed DVDs, not some off the shelf rubbish brand DVD-R. I don’t even know if my discs have a brand name…

That aside, the more power you let through the laser, by lowering the resistance of the trimpot, the faster your laser will fry. All lasers eventually die, doing this makes them more likely to die sooner. A fair enough trade off, especially given you can play all your GameCube games on your modded Nintendo Wii! Note to self: Get a Wii! 😉 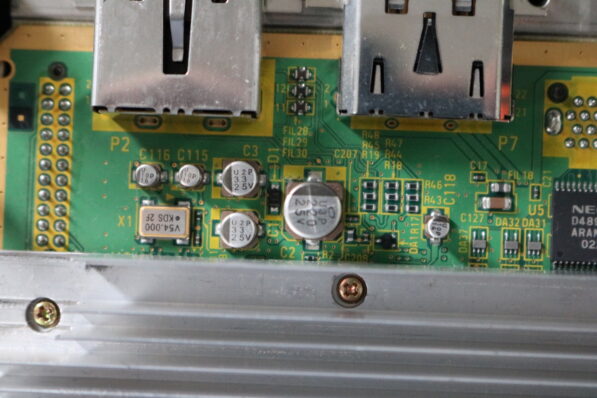 While I had this one open I took some snaps of the electrolytic capacitors. These are the caps on the mainboard. We’re getting near that age where they will probably start to fail and leak all over the things. How some of my Mega Drives haven’t leaked yet, I do not know! 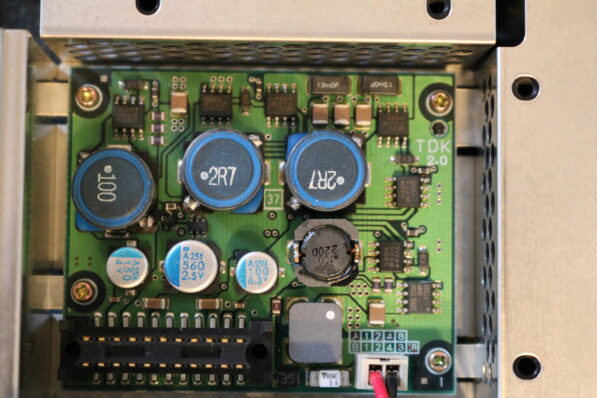 And these are the capacitors on the power board (DC-in area). Looking forward to replacing all those blighters one day!