Now this is an interesting one. I entered in the RetroChallenge 2022/10 to see if I could bring the GeoCities Archives back to life again, but using the scripts built by despens in 2012/2013. The goal was to use hardware from the era running the OS it was originally built for. 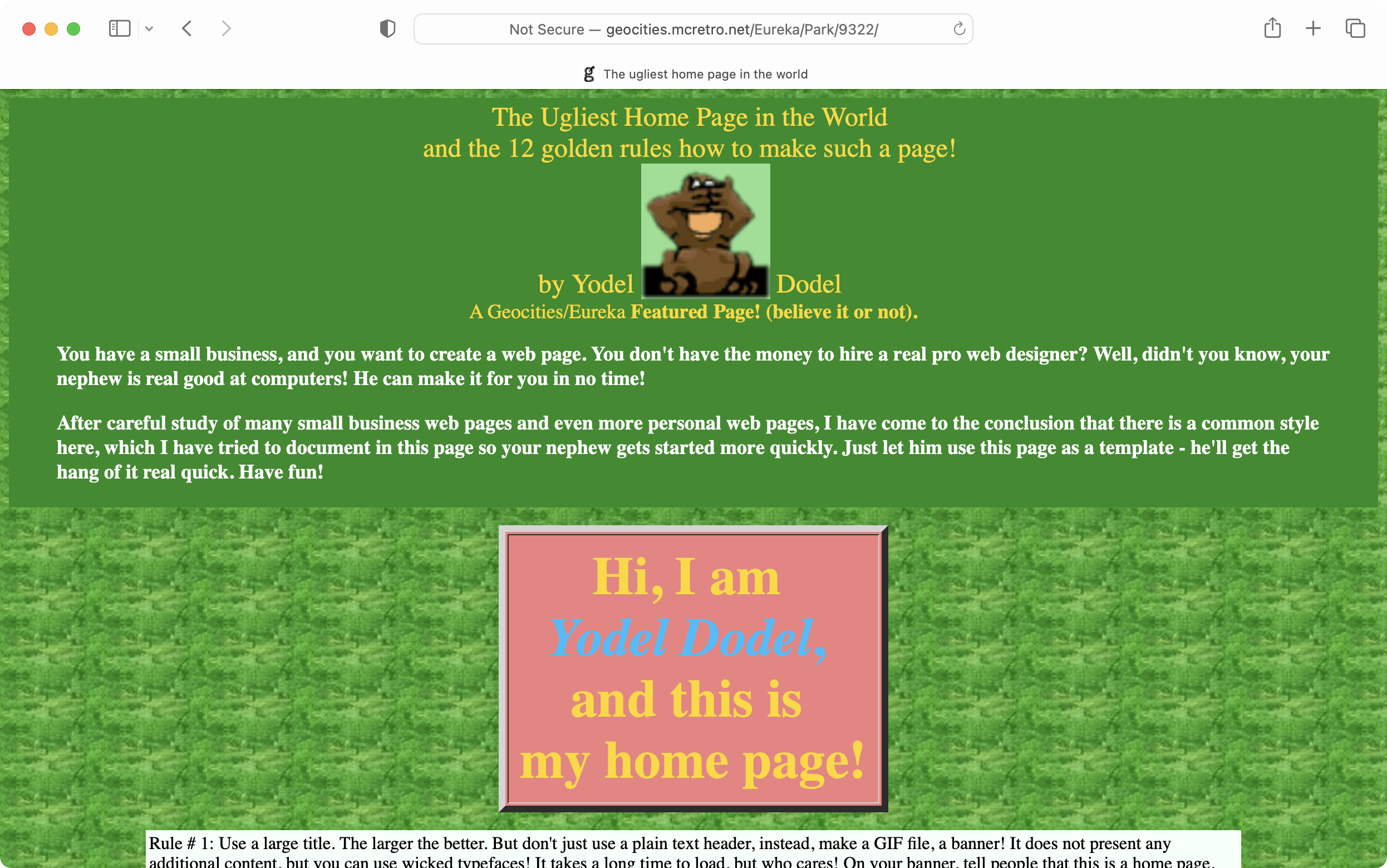 And what can I say, if I was better at installing dependencies, it probably would have happened sooner. Regardless, it worked! Now that I’ve seen all of the scripts in action I am going to try and run the same scripts in a modern OS, Ubuntu 22.04. I’ll track it all in GitHub. I’ve even downloaded GitHub Desktop to try and use GitHub properly… that’s a first.

What was most interesting about this project is that it combined a few labours of love. Modems, the MiSTer (DE10-Nano), Raspberry Pis, websites (from the internet of old), and probably most importantly a little more knowledge on how things work. The best part was tying it all together.