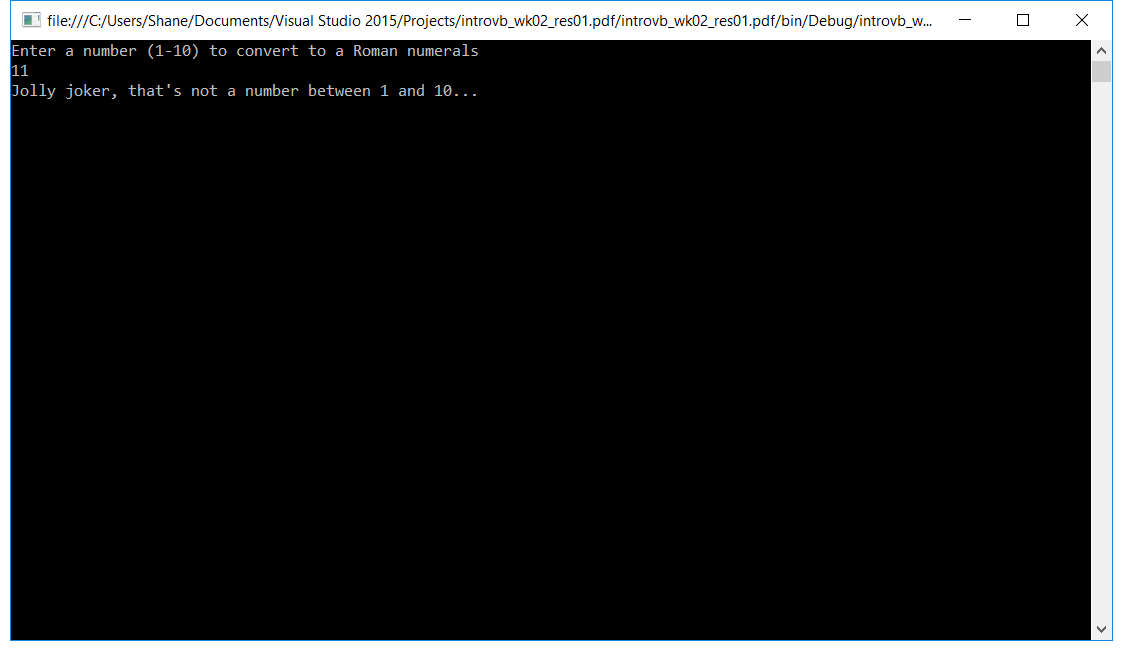 Ohhh those Romans! Honestly with so many Ifs and ElseIfs it feels like I’m typing in circles, but hey! My code worked for a few of the examples, albeit they were not what the solutions listed. Many ways to do the same thing, I honestly think mine was more efficient and answered their question better… which is odd – given they wrote the question and the answer! But that’s fine, as long as I can continue to insert Hogan’s Heroes catch phrases and Pentium FDIV references into my code then the world is a better place.