Browsing the internet I came across an Amstrad PC7486SLC motherboard. I couldn’t help but notice the striking similarity with the Amstrad Mega PC motherboard. And with all my issues with hard drive controllers on the Mega PC, I figured it wouldn’t be a bad idea to have another motherboard for spare parts. The Mega PC is powered by an AMD 386SX running at 25MHz. The PC7486SLC-33 is powered by a Texas Instruments (of Cyrix design) 486SLC. The 486SLC is somewhat of a hybrid. With the power of a 386… and the instruction set of a 486. Did I mention this one runs at 33MHz? That is a colossal performance boost in raw processing power. 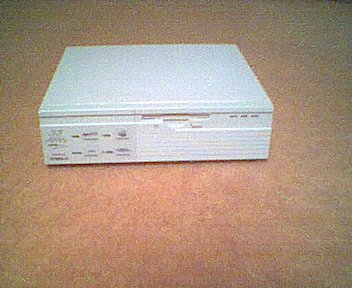 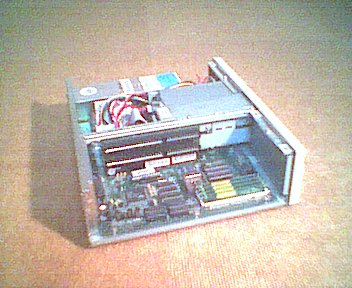 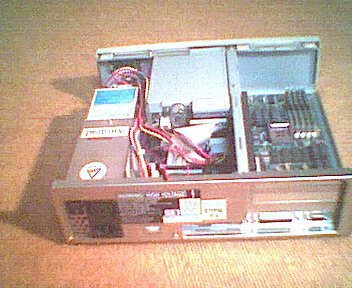 The Amstrad Mega PC Plus seems to be a bit of an urban legend as I cannot find anything online about this beast. But it does look as though I’ll be creating one. This indicates that by removing the jumpers and installing the Mega Drive card it will work perfectly. This board appears to be the same one used in the Amstrad Mega Plus. Sadly the RAM will not go beyond 16MB (4x4MB) although I could always try “borrow” the RAM slots off another motherboard… I think this would be a little bit too much effort though with very little pay off. Especially if the chipset cannot support more than 16MB and I’m fairly certain that is the case.

The things I find most attractive about this replacement board are:
1. It does not appear to have battery acid all over it.
2. It is faster – 25MHz vs 33MHz.