You heard correct, it’s not quite a 171-6692D. You’ll notice that these SH-2 CPUs have some slight differences from the 171-6692D, most notably the lack of a second power header that is used in a Saturn Sophia Programming Box and the two sets of jumpers usually to the left of the CPUs. I’ll be giving these a thorough test later on, initial findings haven’t been very successful though. Stay tuned! 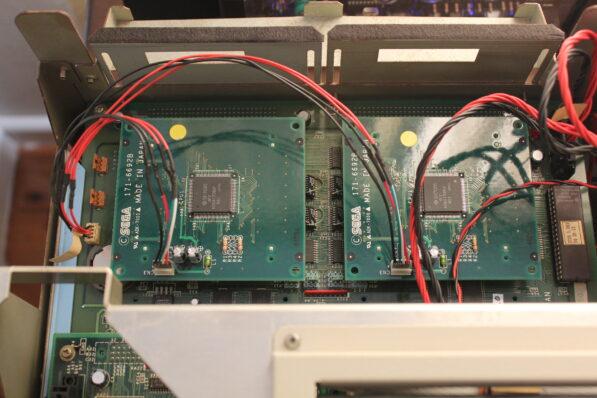