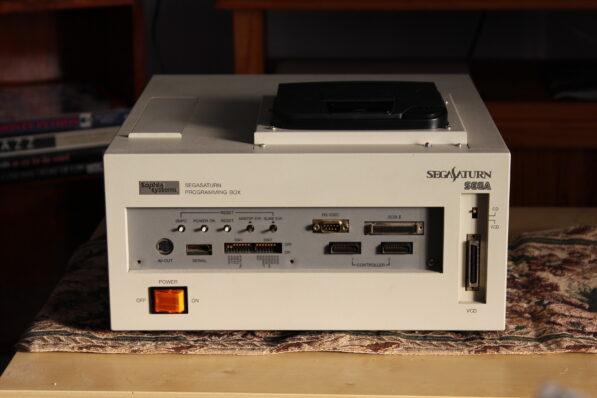 Any other console, I probably wouldn’t bother mentioning this but since it is Sophia, she gets a mention. As my SH-2 CPUS were part 171-6692B and not 171-6692D, they were missing the correct power header socket for the power cables from the mainboard. There are secondary headers on the SH-2 CPU cards so I simply spliced a cable together. The SH-2 card pin pitch is 2mm instead of the typical PC connector pin pitch of 2.54mm. A little bit of heatshrink around my fantastic solder job and she works a charm. 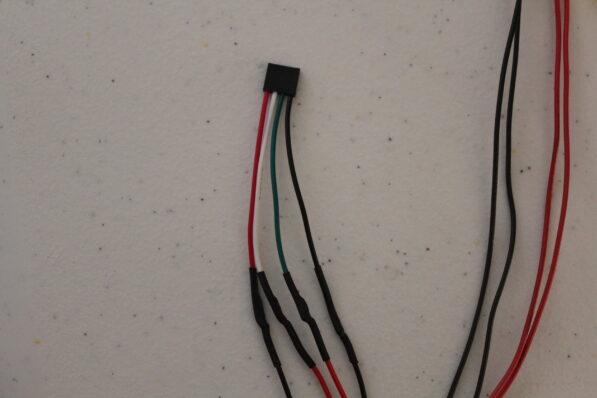 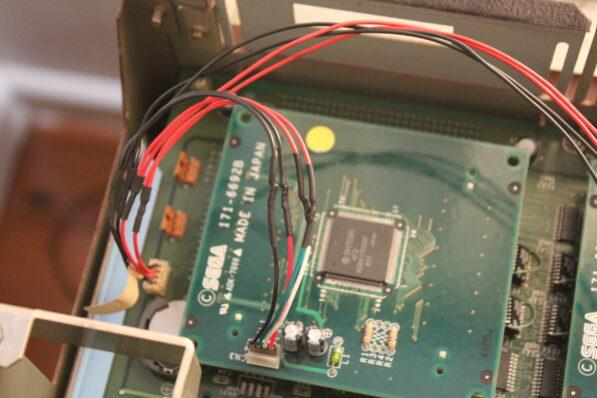 Most notably the lack of a second power header that is used in a Saturn Sophia Programming Box and the two sets of jumpers usually to the left of the CPUs. 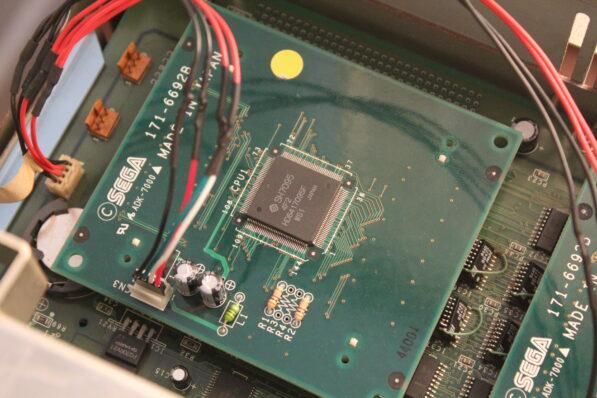 More Sega Saturn Sophia devkit photos can be found in the gallery.