We take a trip down memory lane to my first Hackintosh motherboard, the ASRock 775Dual-915GL. Powered by a beefy Celeron single core CPU, it ran circles around all the PowerPC G4 and G5 technology of the day. 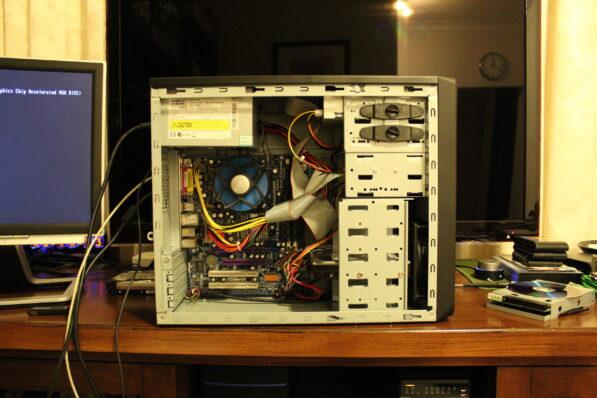 The original I built was made back in late 2005 / early 2006. This was about six months after Apple announced the transition to Intel hardware. The motherboard had a very similar, if not identical chipset to the shipping Apple Development Platform. Sound, ethernet, graphics – all worked out of the box. Mac OS X 10.4 Tiger certainly was an impressive operating system and is remembered for how it became the first (public) Intel supported Mac OS X.