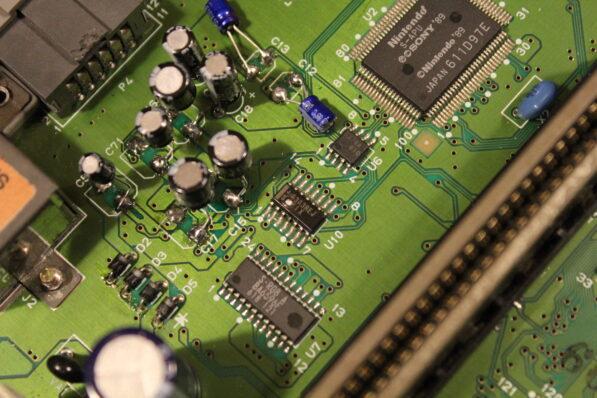 As you can see there is a hole blown through the S-MIX chip at U10. The following repair attempt will proceed in the next few weeks.

Reasons it might work – both chips tend to be at location U10. LM324 was last seen in the PAL region on SNSP-CPU-02 (as far as I can tell). S-MIX A appeared on the next revision. Does S-MIX have some changes under the hood? Or was it simply masked? Time will tell. Sooner or later, time will tell.

EDIT:
Turns out it doesn’t work! They are not compatible, so there you go! You can, however, bypass the audio mixing completely, which works well enough if you are just after some sound. I believe whatever gets mixed at the S-MIX doesn’t get mixed when S-MIX is bypassed and might put extra strain on the prior chip the signal is coming from… but what are you going to do, game in silence? Unacceptable! 😉