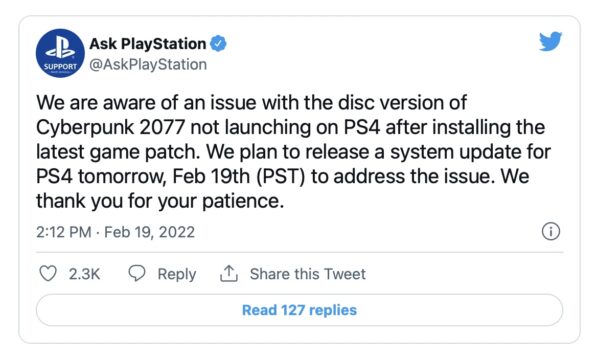 How did they break the game to the point of Sony needing to release a system patch to fix it? 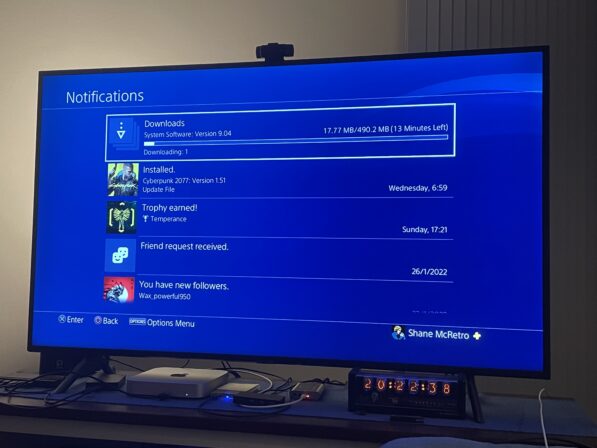 That’s impressive. But you know what I think is even more impressive? A platinum trophy in Cyberpunk 2077 on a PS4 slim. It was a struggle but the completionist in me carried on. A couple of the quests were bugged and wouldn’t complete. Nothing worse than having to buy a car that is missing and therefore can’t be bought. And that one Watson NCPD quest marker that was missing. I made an action plan. But then again, some were broken from the very beginning or rather unachievable without saving my in-game cash from the start. Autojock trophy, I’m looking at you! 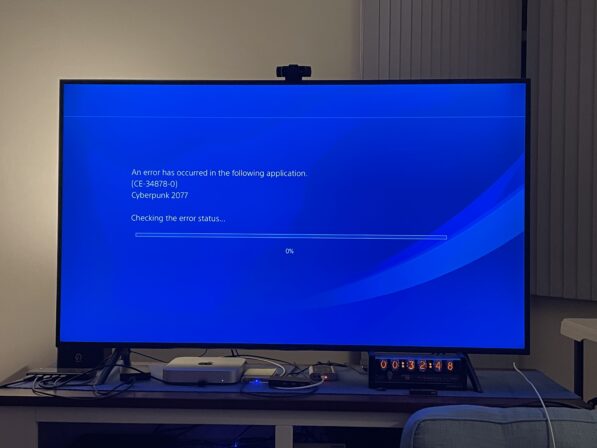 How do I fix something that bugged? I had to go back to the start, right back. Maybe I learnt from the best, CD Projekt RED when they broke the PS4 version of the game…

I deleted the game from my PS4 per CDPR recommendation, disconnected from the internet and installed from my release day discs loaded with v1.00. Picked up a nice money hack and started to grind, grind, grind.

The weirdest thing was is that v1.00 felt more stable when driving about but was missing a lot of polish compared with patch v1.31 and even v1.51. It’s almost like they traded driving stability for prettiness on the lower tier consoles.

Every time I would visit this area there’d be other people eating hot dogs. I guess life really does imitate art! Check out the McRetro Gaming YouTube channel for more videos of v1.00 gameplay.