This development cartridge seems to have been used by The Code Monkeys and is Accolade made. Lots of epoxy all over the chips to make it hard to repair / reverse engineer. Certainly is a pain, but it may have been like that also to prevent damage. A few of the capacitors on the front of the board have come loose, probably due to getting stuck on the door flaps of a Mega Drive a few to many times. If you know anything more about this cartridge, please leave a comment here! 🙂 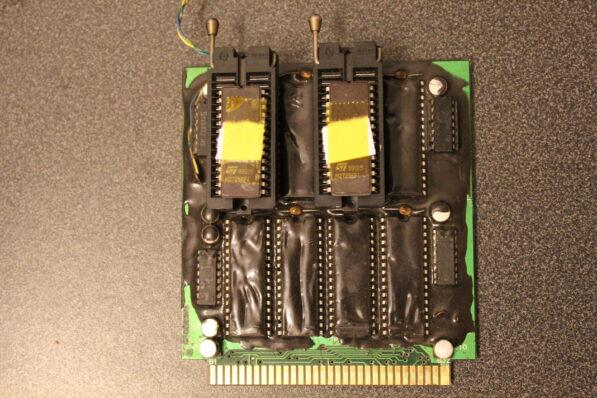 The card itself is quite fashionable, especially as it was from a third party publisher. 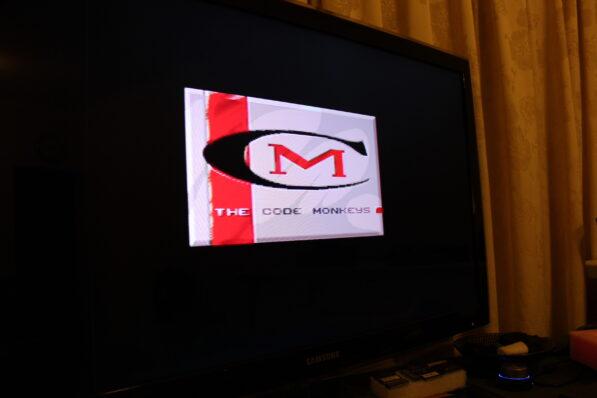 Above is the intro that appear when the cartridge is inserted into a functioning Sega Mega Drive. 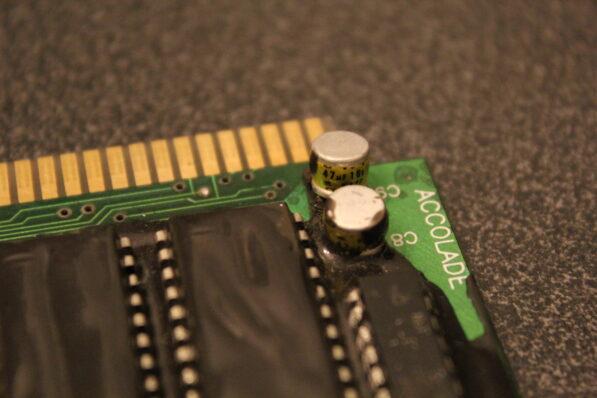 Next up we have the Accolade silkscreen on the PCB that was blacked out with what appears to have been a marker pen. 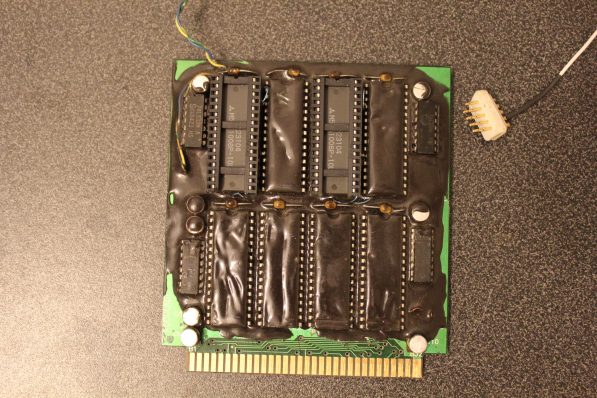 Finally the interesting 9 pin cable hanging off might have been due to a game known as Zero Tolerance as was pointed out by one YouTube commenter.

Link cable support
The game supported connecting two Genesis/Mega Drives via a special link cable using the second joypad ports for a multiplayer mode. The cable was originally supposed to be shipped as a pack-in with the game. However this was changed in a last-minute decision and a coupon for ordering a free cable was added instead. 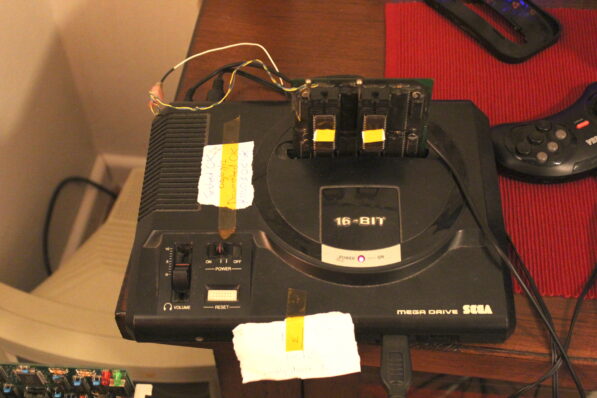 So there you have it, a piece of history!