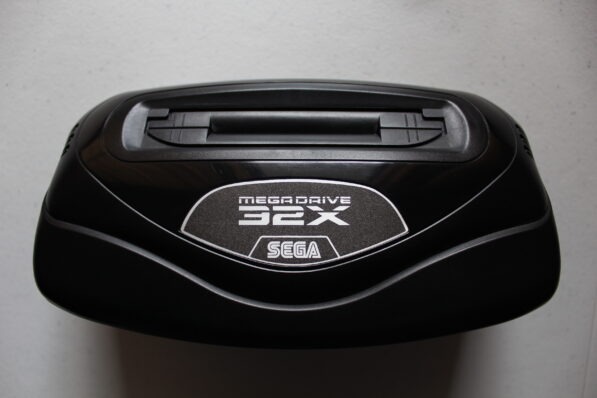 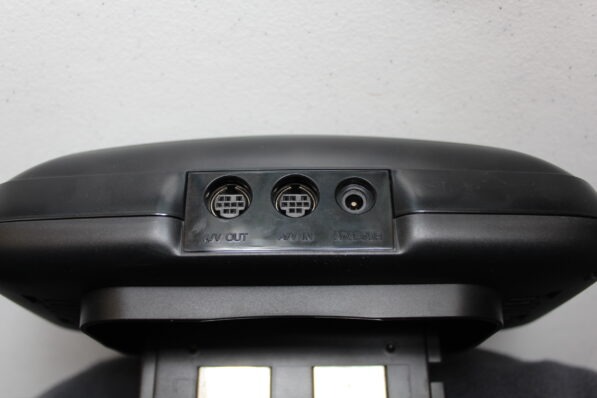 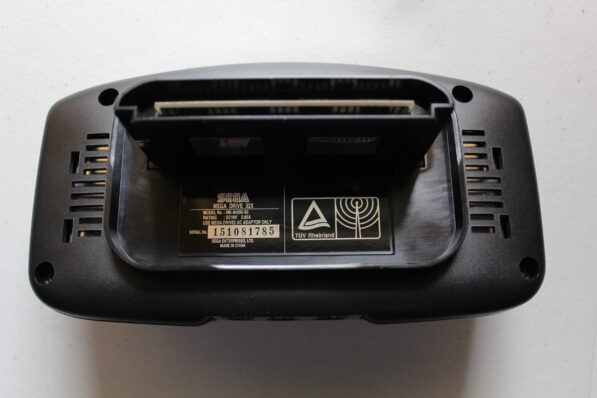 AV in, AV out – what a meddlesome middleman! 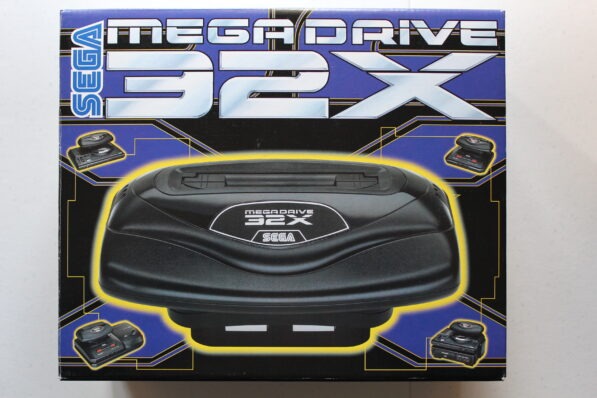 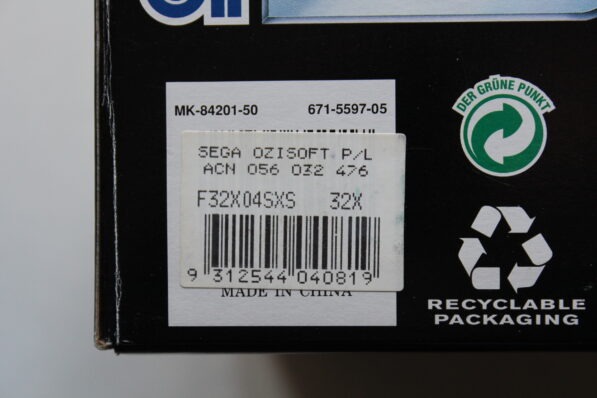 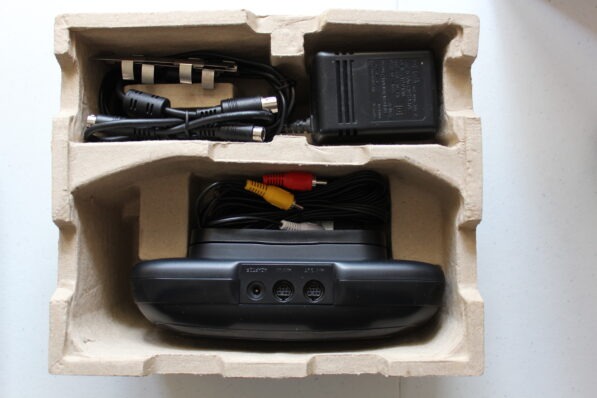 My 32X thankfully came with the box and is in very good shape. A fine specimen indeed! 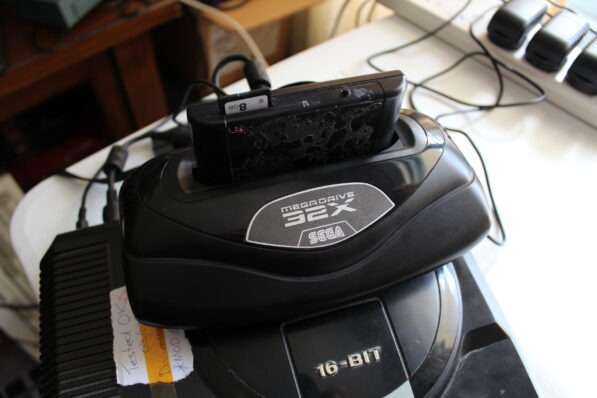 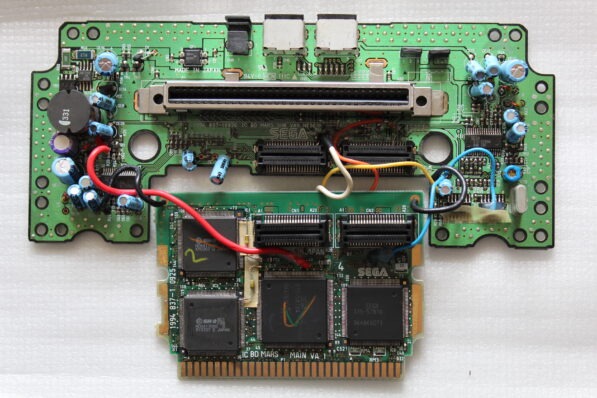 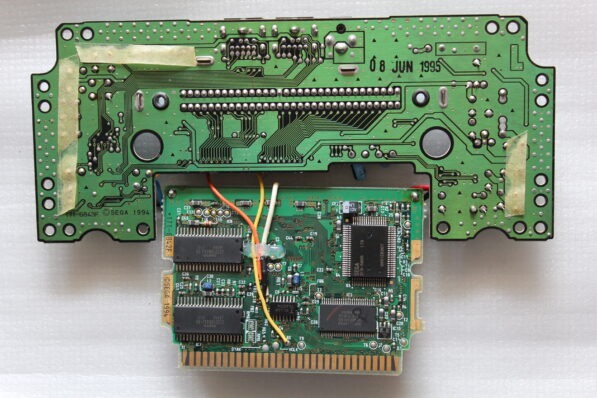 Stacks up pretty well on top of a Mega Drive and Mega CD Model 1. While this particular 32X will likely stay boxed up for a bit longer, I do hope to come by another one to fit on top of my display Mega CD / Mega Drive unit. Alongside the Mega CD karaoke machine, it will make the Mega Drive look like an unstoppable killing machine.

I wouldn’t mind modding one together with a Mega Drive 2 to make it a Neptune… but I’d rather slay some American 32X than the seemingly rare European 32Xs.

I’ve updated a chunk of the photo gallery as well and added a few more tear downs of the Mega Drive 2s. I had to repair the DC-in jack on one of them as the solder had cracked from physical stress. A few hundred degrees later and it is back up and running. Played a bit of Pier Solar, but was unable to get to the caves! Where are the damn caves! Love the in-game jokes too. Very well done WaterMelon!