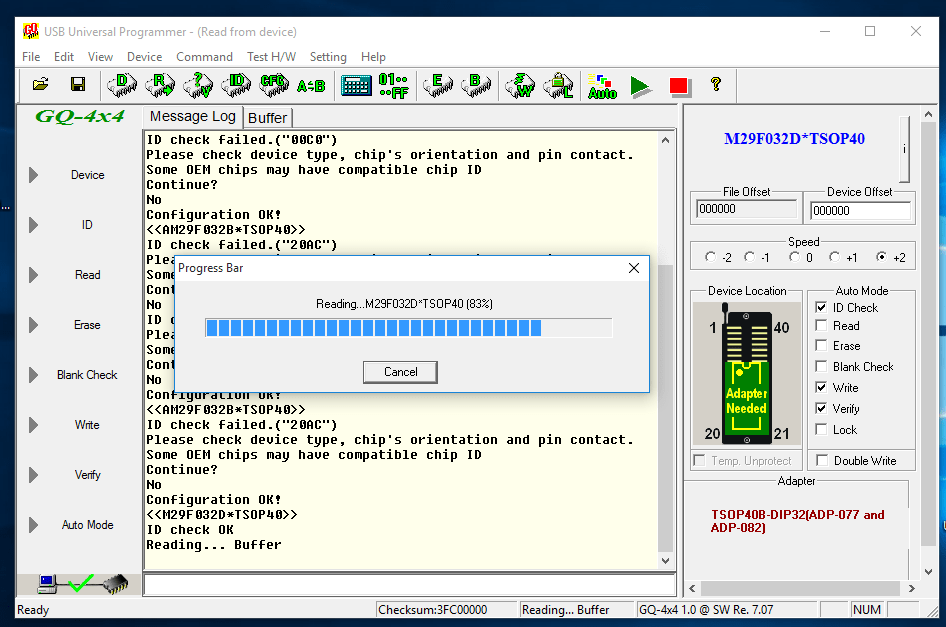 Well I’m back on the wagon again, my GQ-4X in hand and a spare Mini Pro TL866CS, K150 and Wellon VP-390. Overkill? Very much so. The GQ-4X has just become so familiar I can’t live without it anymore. Dammit! As a plus I got to give my Willen to TSOP adapter a go and found that my AM29F032B are actually ST M29F032D. What does that mean? Well for starters someone put a new layer of paint on top of the chip to pass them as AMD… can’t blame them really. At least they are compatible with each other as far as the SNES is concerned.

This also means I’ll be able to power on with part two of programming the SNES flash chip as I was supposed to do. Nearly forgot about that among all these TeraDrives! The GQ-4X v4 is newer than my old GQ-4X which decided to stop being read by the software… it would either hang or try to initialise then fail. Hopefully this one doesn’t die as quickly as the other one did. Fingers crossed! 🙂